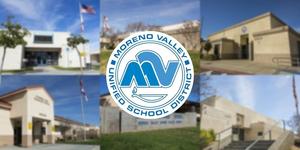 Evan Morgan informed the Moreno Valley Unified School District that he has resigned from the Board of Education.

Mr. Morgan had previously been on a voluntary leave of absence from the board after an arrest in June 2018. This week we were informed there were new charges filed, including possession of an assault weapon. These charges are wholly unrelated to the Moreno Valley Unified School District or Mr. Morgan’s duties with the Board of Education. There is no evidence a weapon was present while Mr. Morgan was on any school campus or that he engaged in any wrongdoing while fulfilling his duties as a Board Member.

The district will follow all legal protocols to fill the vacated seat.
Any questions regarding the criminal charges should be directed to the Riverside County District Attorney’s Office.